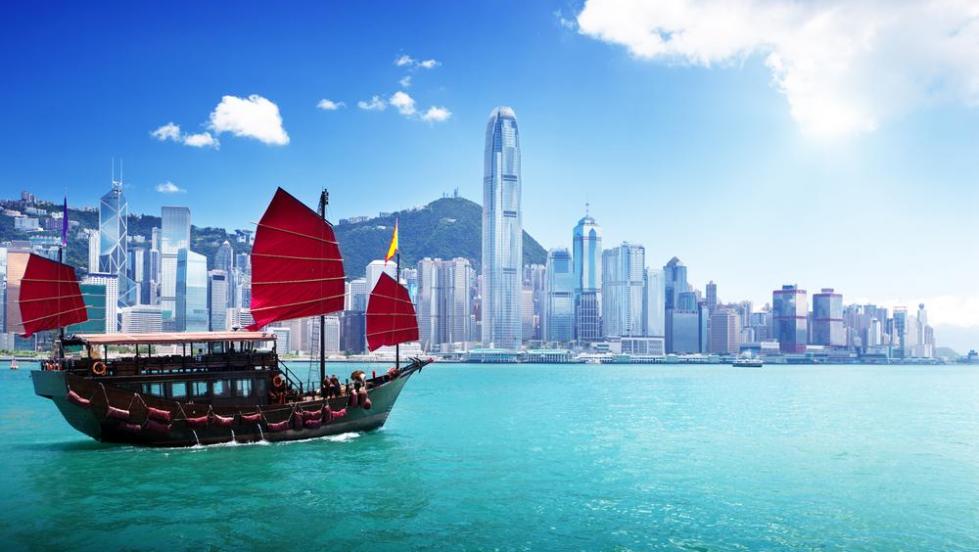 Asia is Earth's largest and most populous continent, located primarily in the Eastern and Northern Hemispheres. It shares the continental landmass of Eurasia with the continent of Europe and the continental landmass of Afro-Eurasia with both Europe and Africa. Asia covers an area of 44,579,000 square kilometres (17,212,000 sq mi), about 30% of Earth's total land area and 8.7% of the Earth's total surface area. In general terms, Asia is bounded on the east by the Pacific Ocean, on the south by the Indian Ocean and on the north by the Arctic Ocean. The western boundary with Europe is a historical and cultural construct, as there is no clear physical and geographical separation between them. The border between Asia and Europe was historically defined by European academics. China and India alternated in being the largest economies in the world from 1 to 1800 CE. The Silk Road became the main East-West trading route in the Asian hinterlands while the Straits of Malacca stood as a major sea route. Asia has exhibited economic dynamism (particularly East Asia) as well as robust population growth during the 20th century, but overall population growth has since fallen. Asia was the birthplace of most of the world's mainstream religions including Christianity, Islam, Judaism, Hinduism, Buddhism, Confucianism, Taoism (or Daoism), Jainism, Sikhism, Zoroastranism, as well as many other religions. Asia has a mix of many different climates ranging from the equatorial south via the hot desert in the Middle East, temperate areas in the east and the continental centre to vast subarctic and polar areas in Siberia.

There have always been Jews in Asia, the Jewish religion started in the area that is the Fertile Crescent that runs between Europe, Asia and Africa. After WWII and the formation of the Jewish state many of the Jewish communities in Arabic nations were no longer welcomed and faced violence and extermination, this after nearly 2000 years of continued existence in places. Many of these Jewish refugees were welcomed in Israel and today the Jewish population of Israel is more than 50% made up of Jews born in Asian countries. Asia is a close second to the Americas both being home to over 45% of the worlds Jewry. Israel is obviously the largest community, but there are another 9 countries with populations around 1000 or more. Historically many Jewish communities existed along the Silk Road which started in Eastern Europe and ended in China. The other countries with any sizeable populations are India, China, Japan, Iran, Azerbaijan, Georgia, Kazakhstan, Uzbekistan and Singapore. Thailand, Vietnam and other countries in the Far East have been popular with Israeli backpackers for years and Chabad cater for the influx, they are also present in many of the places listed above. It is likely that Israel will continue to dominate the Jewish population in Asia as its population reaches over 50% of world Jewry, but populations in China, India and Japan will likely rise as well as trade links improve in these countries and others in Asia improve.