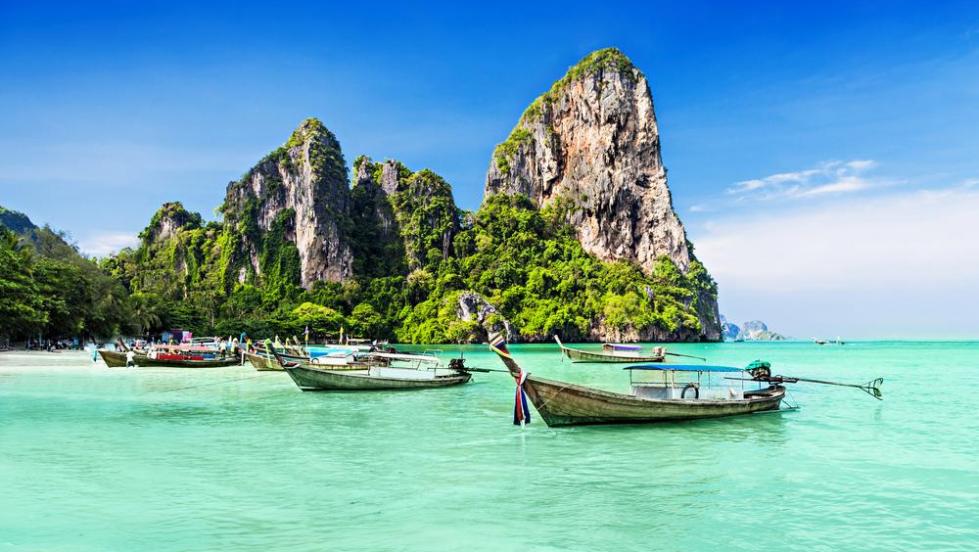 Thailand is a Southeast Asian country. It's known for tropical beaches, opulent royal palaces, ancient ruins and ornate temples displaying figures of Buddha. In Bangkok, the capital, an ultramodern cityscape rises next to quiet canalside communities and the iconic temples of Wat Arun, Wat Pho and the Emerald Buddha Temple (Wat Phra Kaew). Nearby beach resorts include bustling Pattaya and fashionable Hua Hin. There is evidence of human habitation in Thailand that has been dated at 40,000 years before the present, with stone artifacts dated to this period. Thailand in its earliest days was under the rule of the Khmer Empire, which had strong Hindu roots, and the influence among Thais remains even today. Since the political reform of the absolute monarchy in 1932, Thailand has had 19 constitutions and charters. Thailand comprises several distinct geographic regions, the north of the country is the mountainous area of the Thai highlands. The northeast, Isan, consists of the Khorat Plateau, bordered to the east by the Mekong River. The centre of the country is dominated by the predominantly flat Chao Phraya river valley, which runs into the Gulf of Thailand. Southern Thailand consists of the narrow Kra Isthmus that widens into the Malay Peninsula. Thailand's climate is influenced by monsoon winds (the southwest and northeast monsoon). The southwest monsoon, which starts from May until October brings warm, moist air from the Indian Ocean to Thailand, causing abundant rain over most of the country. The northeast monsoon, starting from October until February brings cold and dry air from China over most of Thailand. Asian tourists primarily visit Thailand for Bangkok and the historical, natural, and cultural sights in its vicinity. Western tourists not only visit Bangkok and surroundings, but in addition many travel to the southern beaches and islands.

Nearly all the Jews of Thailand live in Bangkok, the capital. The Jewish community is of recent origin. The first permanent Jewish settlers arrived in the 1920s, having fled from Soviet Russia. Their number was bolstered in the 1930s when refugees from central Europe made their way to Thailand. Most of these left the country at the end of World War II. However, in the 1950s and 1960s, a number of Jews settled in Thailand, and in 1966 a synagogue and community centre were established. The Jews are a mixture of Sephardim from Syria and Lebanon and Ashkenazim from Europe, the United States, and Shanghai. There is also an Israeli presence. Many Jews are involved in trade and production of jewellery and precious stones. In Bangkok there are three synagogues, one Ashkenazi-which also acts as the community centre-one Sephardi, and the third and newest, a Chabad House, primarily catering to Jewish backpackers. The Ashkenazi synagogue has a resident rabbi and maintains a Sunday and nursery school. Classes for adults are offered in Hebrew and in English (the latter held after a biweekly barbecue). The Chabad House is noted for its communal seders and other holiday observances which are often attended by hundreds of travellers from all over the world. Kosher food is available, and there are several kosher eateries (including those attached to the synagogues).