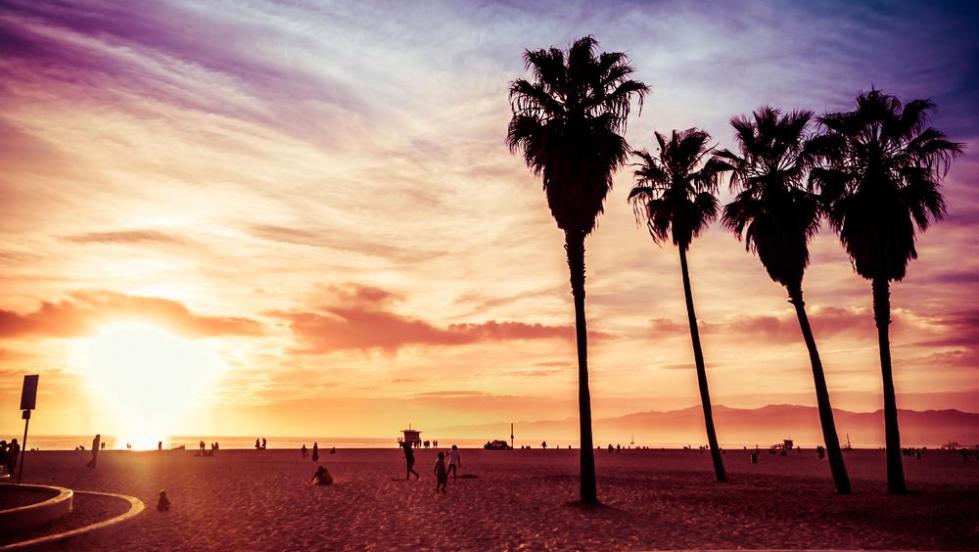 California, a western U.S. state, stretches from the Mexican border along the Pacific for nearly 900 miles. Its terrain includes cliff-lined beaches, redwood forest, the Sierra Nevada Mountains, Central Valley farmland and the Mojave Desert. The city of Los Angeles is the seat of the Hollywood entertainment industry. Hilly San Francisco is known for the Golden Gate Bridge, Alcatraz Island and cable cars. California is considered a global trendsetter in popular culture, innovation, and politics. It is considered the origin of the American film industry, the hippie counterculture, the Internet, and the personal computer, among others. Although most of the state has a Mediterranean climate, due to the state's large size, the climate ranges from polar to subtropical. The cool California Current offshore often creates summer fog near the coast. Farther inland, there are colder winters and hotter summers.

The Gold Rush of 1849, publicized world-wide, first attracted Jews to California. They traveled from England, France, Poland, Posen, Russia, the German states and many parts of the United States, to join with people from all corners of the globe seeking success in the former Mexican Territory. By end of the 1870s, owing to the end of the gold rush, many Jews moved to the larger cities of the state, especially San Francisco. The estimated Jewish population of California then was 18,580, with the majority living in San Francisco. In recent years Jews from all over the world have immigrated to California, and its Jewish composition continues to be diverse. With institutions and congregations that reflect all aspects of Jewish life, California Jews have thrived in an urban multi-ethnic society.