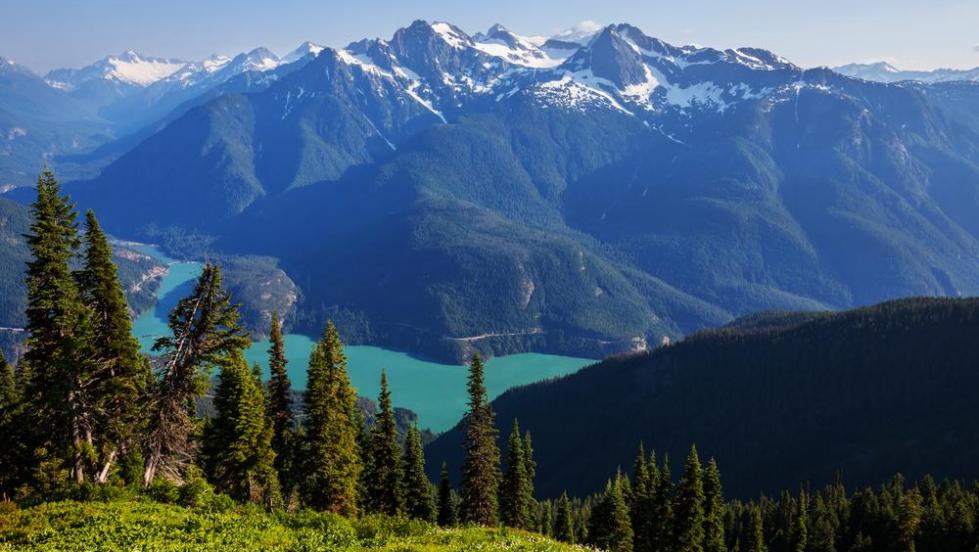 North America is a continent entirely within the Northern Hemisphere and almost all within the Western Hemisphere. It can also be considered a northern subcontinent of the Americas. It is bordered to the north by the Arctic Ocean, to the east by the Atlantic Ocean, to the west and south by the Pacific Ocean, and to the southeast by South America and the Caribbean Sea. North America covers an area of about 24,709,000 Km2 (9,540,000 miles2), about 16.5% of the earth's land area and about 4.8% of its total surface. In 2013, its population was estimated at nearly 565 million people in 23 independent states, or about 7.5% of the world's population, if nearby islands (most notably the Caribbean) are included. European influences are strongest in the northern parts of the continent while indigenous and African influences are relatively stronger in the south. Before contact with Europeans, the natives of North America were divided into many different groups, from small bands of a few families to large empires. The first Europeans to settle the continent were Spanish beginning in the 15th Century. Later England and France would settle further north and eventually fought for the land. Many European peoples made their way to the Americas during the 18th and 19th centuries the population at the beginning of the 20th century was 300 times bigger than at the start of the 18th in the USA alone. Being a relative newcomer to large populations the economy was geared up for the massive industrialisation that occurred during the same period and so the economy for North America grew and is now the largest continent economy in the world. As with other continents the climate range covers nearly all common types from hot desert conditions to arctic conditions.

Jews began arriving in North America at the same time as the European population did, the first were from Spain, nearly all had to hide their Judaism from the inquisition. It wasn’t really until the late 19th century that the Jewish population really started to grow, and the real explosion in Jewish population happened between the two World Wars. By 1940 nearly 4.5 million Jews lived in the USA alone. Because North America was not particularly affected by WWII it was a popular place for European Jews to relocate and to build their lives once again and the Jewish population increased until the late 1960’s when many communities started to reduce in size. There are many more Conservative and Reform Jews in America especially in the USA. As with many other areas of the world Jewish populations are mostly located in large urban areas. The countries with the largest Jewish populations are USA, Canada, and Mexico. Panama, Puerto Rico, Costa Rica and Guatemala are countries with a population of around 1000 and more. There are also smaller islands within the Caribbean Sea that are have small Jewish communities but because these places are tourist destinations there is a Chabad presence catering to the tourists. Jamaica and the Bahamas are two of several.