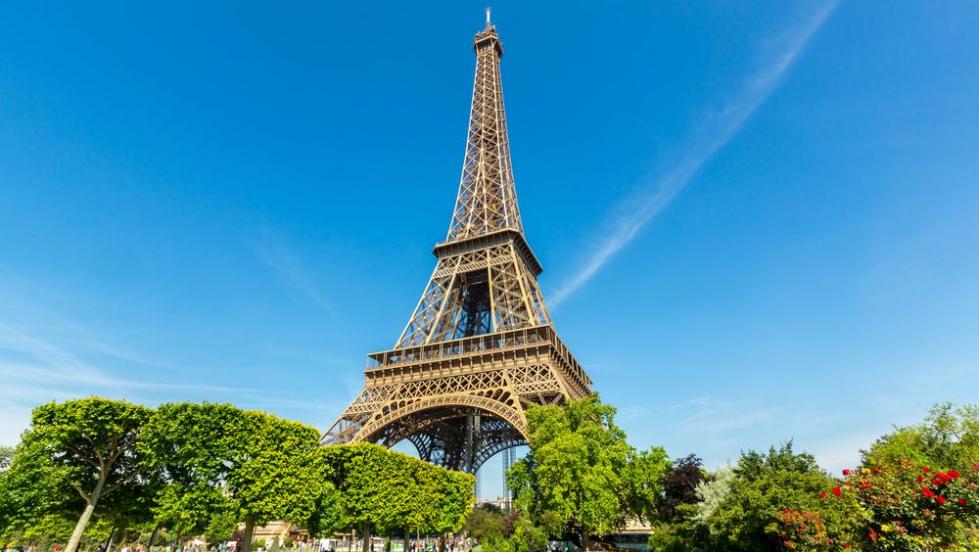 France, in Western Europe, encompasses medieval cities, alpine villages and Mediterranean beaches. Paris, its capital, is famed for its fashion houses, classical art museums including the Louvre and monuments like the Eiffel Tower. The country is also renowned for its wines and sophisticated cuisine. Lascaux’s ancient cave drawings, Lyon’s Roman theatre and the vast Palace of Versailles attest to its rich history. It hosts Europe's fourth-largest number of cultural UNESCO World Heritage Sites and receives around 83 million foreign tourists annually, the most of any country in the world. Originally applied to the whole Frankish Empire, the name "France" comes from the Latin Francia, or "country of the Franks". The climate varies being mainly an Oceanic type Cool winters and Cool to Warm summers with very changeable weather. In the Mediterranean areas the climate is described as ‘Mediterranean’ cool damp winters and warm to hot dry summers. There are also alpine districts that can be very changeable all year round with snow in winter that is fantastic for skiing to warm to hot summer days, ideal for hiking, that occasionally lead to thunderstorms. France has enough variation for every tourist to enjoy.

France is still the 3rd most populous Jewish community in the world with about 460,000 people. This figure has come down in the last 20 years from a top figure of about 600,000 in the early 2000’s. France has had a Jewish population from around the Roman times, there were important communities in the wine growing regions during the early mediaeval times, Rashi, Rabbi Shlomo Yitchaki is one of the most famous Torah and Talmud commentators of all time lived in Troyes in Northern France about 1040 BCE and made his living in the wine industry. As with other European nations Jewish communities suffered from expulsions and abuse but there was always a Jewish presence somewhere in the area we now call France. After some difficult times during the revolution the fortunes of the Jewish community were substantially changed for the better when under Napoleon Bonaparte a Great Sanhedrin was convened. Napoleon hoped that this would make the Jewish people assimilate which they did to some extent, but it also brought the enlightenment movement to the Jewish people. The Jewish community suffered like many other European communities with the anti-Semitism from the late 19th that finally led to the Holocaust in the 1940s. After the war the population had been reduced by almost a half to 180,000 by 1950 this had grown to 250,000 and doubled in size with the influx of Jews from North Africa. The Jewish community from the 1970s onwards became mainly Sephardi. Paris accounts for over half the Jewish population which is mainly a Sephardi community but with a large Ashkenazi population. Other than Paris, all the major towns and cities have Jewish populations.