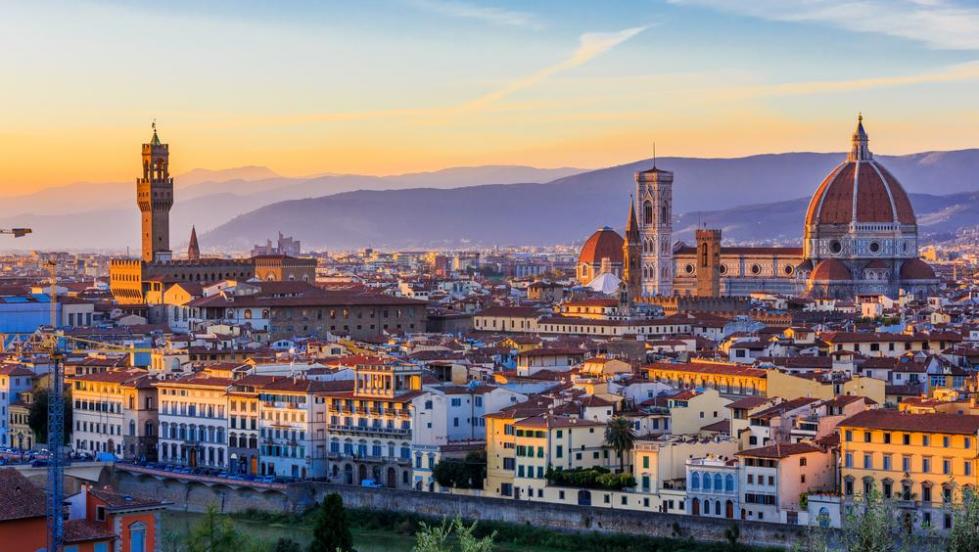 Europe is a continent located entirely in the Northern Hemisphere and mostly in the Eastern Hemisphere. Europe is bordered by the Arctic Ocean to the north, the Atlantic Ocean to the west, and the Mediterranean Sea to the south. It comprises the westernmost part of Eurasia. The eastern boundary with Asia is a historical and cultural construct, as other than the watershed that divides the Ural and Caucasus Mountains, the Ural River, the Caspian and Black Seas, and the waterways of the Turkish Straits, there is no clear physical and geographical separation between them. The continental divisions have been created and changed over time. Europe covers about 10,180,000 square kilometres (3,930,000 sq mi), or 2% of the Earth's surface (6.8% of land area). Politically, Europe is divided into about fifty sovereign states of which the Russian Federation is the largest and most populous. Starting with Age of Discovery in the late 17th Century Europe began to discover and then conquer the world, with the Industrial Age that started in the late 18th Century most of the world was contained by European empires at the start of the 20th century. Western civilization still dominates the world economy. After the WWII Western European countries started to gradually lose their empires and to concentrate on trade within the European Block. Eastern Europe was influenced mainly under the control of communist Russia within the Soviet Union. Artistically, medically and philosophically Europe has led the world in the past 500 years especially from the years of enlightenment in the late 17th Century onwards. Today Europe is facing issues of low birth rates and the potential of stagnating economies, but Europe is still a powerhouse in the world. Because the age that Europe became dominant economically also coincided with the growth of technological and architectural advancement Europe has a wealth of beautiful and historic buildings, including some fantastic cities and towns. The population of Europe is about 1.15 billion. The climate of Europe varies from artic conditions in the very North to the Hot Mediterranean.

Europe has had a Jewish population from the time of the 2nd temple period when merchants and their families lived in places like Cyprus. In Roman times many Jewish people became Roman citizens and started communities including Rome. Later Jewish slaves were taken to Rome and to other Mediterranean Cities, these formed the first major communities. There were two main communities in Europe by the Middle-Ages the larger more prosperous Spanish one called Sephard after the Hebrew name for that country, and the much smaller Ashkenaz named after Germany. After 1497 the Sephard community had been expelled to Holland, South America and Israel and other countries in the Levant. The Ashkenaz community were moved about across Western Europe on the whims of Monarchs. The country where most Jews began to settle was Poland and Russia, starting in about 1069 with refugees from Germany, many Jews settled and large synagogues and evidence of yeshivas can still be seen today, these communities lasted until the Nazis murdered the Jewish people and destroyed their communities. Up to 1939 Europe contained the largest population of world Jewry, in 1933 Europe’s Jewish population was nearly 9 million today it is about 1.6 million. France, the UK, Russia and Germany have the largest Jewish populations, and with that the most kosher restaurants and facilities, but major cities in many other countries also have kosher facilities, often close to the main tourist sites, so sightseeing becomes an easy option.