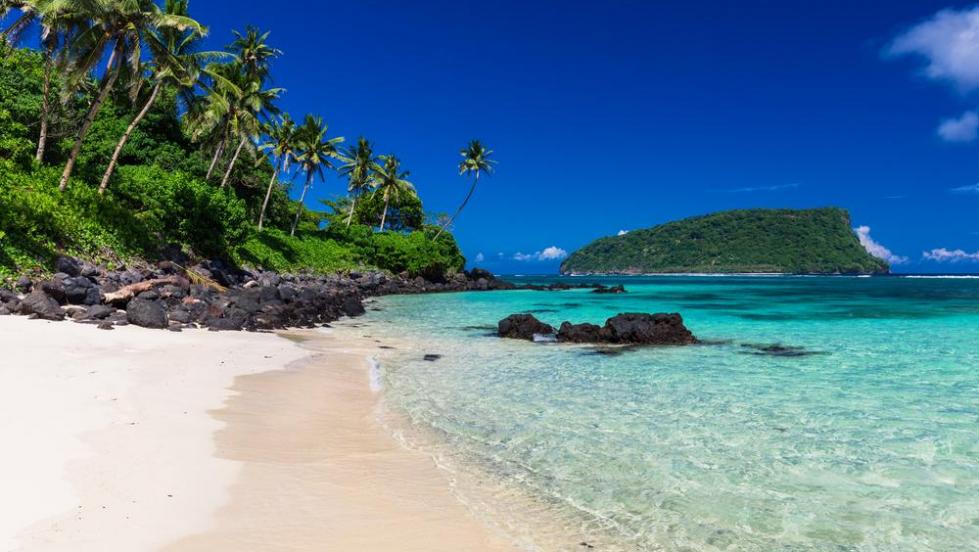 Oceania is almost completely in the Southern and Eastern Hemispheres, it is a geographic region comprising Melanesia, Micronesia, Polynesia and Australasia. The first settlers of Australia, New Guinea, and the large islands just to the east arrived between 50,000 and 30,000 years ago, when Neanderthals still roamed. Oceania was first explored by Europeans from the 16th century onward. Portuguese navigators, between 1512 and 1526, reached the Tanimbar Islands, some of the Caroline Islands and west Papua New Guinea. On his first voyage in the 18th century, James Cook, who later founded the Hawaiian Islands, went to Tahiti and followed the east coast of Australia for the first time. The arrival of European settlers in subsequent centuries resulted in a significant alteration in the social and political landscape of Oceania. In more contemporary times there has been increasing discussion on national flags and a desire by some Oceanians to display their distinguishable and individualistic identity. The rock art of Australian Aborigines is the longest continuously practiced artistic tradition in the world. Puncak Jaya in Papua is often considered the highest peak in Oceania. Most Oceanian countries have a parliamentary representative democratic multi-party system, with tourism being a large source of income for the Pacific Islands nations. Today, parts of three geological continents are included in the term "Oceania": Eurasia, Australia, and Zealandia, as well the non-continental volcanic islands of the Philippines, Wallacea, and the open Pacific. Oceanian islands are of four basic types: continental islands, high islands, coral reefs and uplifted coral platforms. High islands are of volcanic origin, and many contain active volcanoes. The population of Oceania is only 40 million and nearly 30 million live in Australia and New Zealand.

The Jewish population of Oceania is almost completely centred in the countries of Australia and New Zealand. As a percentage of the general population Australia’s Jewish community is slightly higher than the UK’s. Kosher food, synagogues and kosher restaurants can be found in the larger cities in both countries. Elsewhere there is very little in the way of kosher food and Jewish life.